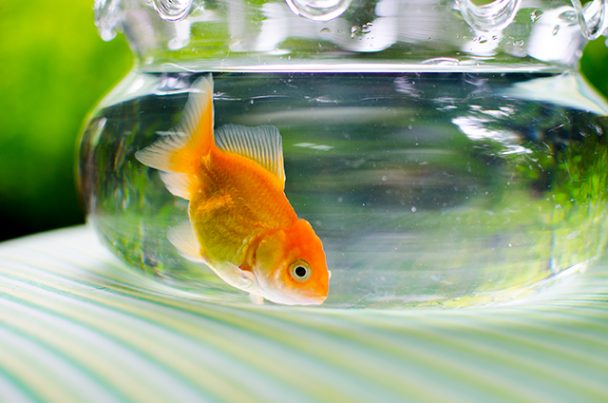 Some people may think they are doing something nice by releasing unwanted pet goldfish into their local lakes or other bodies of water, but authorities and conservationists are warning that this practice is causing major problems.

Conservationists in Minnesota are now asking the public to stop putting these fish in lakes as they have become an invasive species competing with the native fish for shelter and food. Authorities from the Minneapolis suburb of Burnsville recently shared images of goldfish that had grown to reach the size of an American football discovered in local lakes after being let loose.

When they are kept in home aquariums, goldfish typically do not grow any longer than two inches. However, they can balloon to gigantic sizes when released into the wild. For example, one huge goldfish captured in Lake Tahoe in 2013 measured 1.5 feet long and weighed more than 4 pounds, according to Live Science.

Goldfish also seem to be tougher in the wild than they are in captivity. They are capable of living for 25 years and can go for as long as five months without any oxygen. Moreover, they don’t die during the cold Minnesota winters. When you combine this with their rapid reproduction rates, it is easy to see how goldfish can quickly take over in new habitats at the expense of the native species living there.

A statement from the Minnesota Department of Natural Resources read: “Goldfish are in the minnow family and can work their way through city stormwater ponds and into lakes and streams downstream with big impacts, by rapidly reproducing, surviving harsh winters, and feeding in and stirring up the bottom like their close relatives, the common carp.”

The city of Burnsville, meanwhile, tweeted a warning letting people know that the fish grow bigger than one might expect and are contributing to poor water quality. In addition to uprooting plants, they also muck up the bottom sediments of the lake.

Tens of thousands of goldfish removed from waters in one county

In nearby Carver County Minnesota, somewhere between 30,000 and 50,000 abandoned goldfish were removed from waters. In a statement released about the goldfish removal, authorities said that the problem was complicated by the fact that goldfish can be used as bait.

Carver County has signed an $88,000 contract with a consulting firm to find a better way of managing the fish. Dumping unwanted goldfish in local lakes is illegal in most states, Minnesota included. The practice is considered illegal fish stocking, and in addition to upsetting the existing balance of natural fish communities, it also spreads disease.

The problem is not limited to Minnesota. It is also a growing concern in places like Washington state; Boulder, Colorado; and Lake Tahoe, Nevada. Various countries around the world are also struggling with goldfish problems, including Australia and Canada. Fisheries and Oceans Canada has expressed concerns that the giant goldfish invading Hamilton Harbor on Lake Ontario may spread to the rest of the Great Lakes. According to the U.S. Fish and Wildlife service, billions of dollars worth of damage is done each year by invasive species like goldfish.

Natural resources specialist Caleb Ashling told the Washington Post: “People are trying to be nice, but they don’t realize that goldfish can have a lot of unintended consequences. Most people really care about their lakes and ponds, but you may be causing problems you weren’t aware of if you let them go there.”

Experts are advising people who have unwanted goldfish to put them up for adoption or call their veterinarian or local pet retailer for advice on handling the situation humanely.

Sources for this article include: 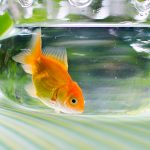 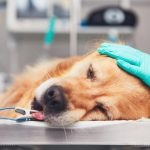 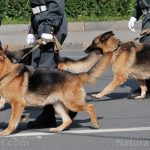 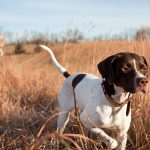 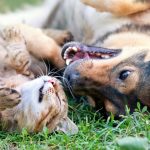